In an exclusive interview, a determined Ole Gunnar Solskjaer has told Sky Sports his 18 years at Manchester United are not going to be defined by a current run of poor form.

Solskjaer’s side were left reeling after a 5-0 thrashing be fierce rivals Liverpool on Super Sunday – a game which extended their winless Premier League run to four matches.

The gruelling schedule does not ease up either, with United travelling to Tottenham this weekend, live on Sky Sports, before a midweek trip to Atalanta in the Champions League. Then come local rivals and Premier League holders Manchester City ahead of the international break.

Despite the pressure continuing to mount on both club and manager, Solskjaer was in a defiant mood when discussing United’s recent troubles, and has targeted a big reaction on Saturday.

He told Sky Sports’ Patrick Davison for Soccer Saturday: “I’ve got open and direct communication with the club, with the board and we’re very up front. Of course I don’t expect them to come out and defend a performance like this [against Liverpool], and we’re in a poor run of form.

FREE TO WATCH: Highlights from Liverpool’s win against Manchester United in the Premier League

“I’m not going to let a period like this define me. I’m going to go all in now for a result on Saturday and that’s the only thing we can do. We need a reaction and we need a result.

“I’ve not seen what’s being talked about now or what’s being said out there, but we’ve had two or three, let’s call them ‘crises’, in the two or three years that I’ve been here. The team and the players have come through it stronger.

“Every team has a bad spell every season, we’re in a very precarious and a bad moment, but that’s what good players thrive in, that pressure. They’re here at Man United because they’re good people, good players and can handle these situations. 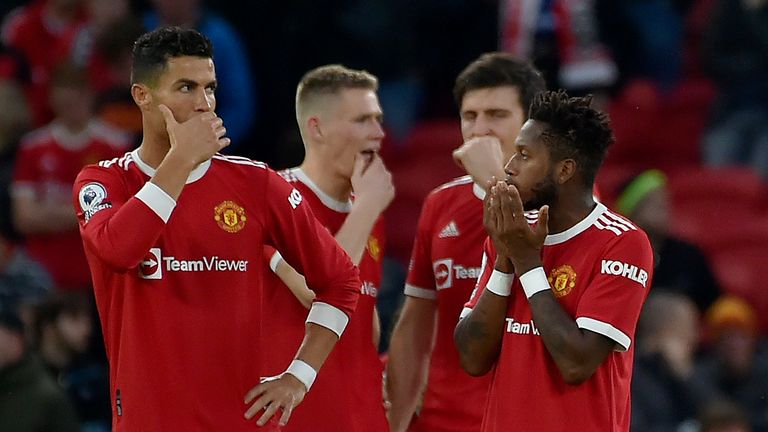 “It’s not about me, it’s about the club, the players, and the fans. All the players will remember that all the fans stayed and they supported the team [against Liverpool].

“They will always support the team, even at 5-0 down, they’re there and singing. It’s remarkable that the club has that and it’s been through some dark moments.

“At the moment, yes, we are in a bad moment but it’s not like the be all and end all, the result against Spurs. I can’t think that way. All I’ve got to think is that we prepared well, which we have done.

“We’ve had a good training week and sorted some mindsets out because we need to go into the game with a right frame of mind – aggressive and go all out for a win, but also to be calm and composed and wait for the right moment.”

‘Lies in the press are unacceptable’

Earlier this week, Paul Pogba took to social media to dispel a series of rumours in the press as ‘fake news’. According to a report in The Sun, the midfielder snubbed Solskjaer after Manchester United’s loss to Liverpool and shelved contract talks.

“The reports this week have been nonsense and even Paul had to go out on social media,” Solskjaer said as he gave his view of the week’s reports. “He came to me and said he had to do that, I hadn’t seen it, but he was so angry.

“People try to make up stories about that, but that’s the dynamics of football. When someone’s down, people want to make up stories that aren’t acceptable, they’re lies. Any report on how bad we were or give an opinion, that’s fine, but don’t make up lies. Paul was really strong on that.

“We’ve got a much better culture than that, the players are good, honest professionals. They’re good players and good people. I’m not having that from the press, it’s unacceptable and they know who they are.

“When players see blatant lies about them, they react because we’ve come too far to be unravelled by lies. We accept any criticism that comes our way, we have to because we’ve not got the results or had the performances.

“But we can’t accept lies being made up. We know we’re Man United and we make headlines but that’s unacceptable.”

Solskjaer on tactics and team selection 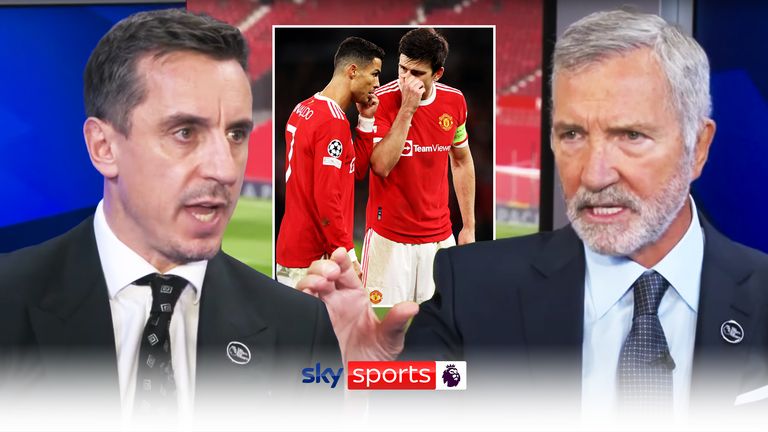 While there has been plenty of analysis of Solskjaer’s decisions, the United manager gave his own insight into the issues with his team this season and how he processes his squad selections.

“This season, we’ve been very open on the counter-attack,” Solskjaer explained. “There are loads of thing that I can go through in detail and the thing about it is we’ve even had more players behind the ball than what we had last season.

“We tweaked a couple of things, we’ve sent another midfielder up there and that’s even made us stay back with five rather than four like we did last year where we had a very good clean sheet record. We’ve been punished in those moments and that needs sorting of course.

He was here doing some commercial so I saw them and had a few minutes with him. I’ve seen him and spoken to him. He feels the same as we do, to sort it out in the next game.

“It’s a catch-22, but we always work on the balance and we can get the best out of this squad. We’ve got loads of good players and it’s about finding the balance.

“I have loads of talent to chose from in the front part of the pitch, in the middle of the pitch and at the back. Every day in training and every time I choose a squad or a team, I have to leave top players out and it’s difficult. I have to find a balance, I have to find a structure of the team that suits for that game and that game.

“I can do loads of talking, but the proof is in the pudding. We have to see results, we have to see a reaction. I know the boys give everything they’ve got.

“They’re working every bit as hard as I can expect. You’ve just got to stay strong mentally, having the mindset of ‘I’m going to fight through this, we can’t give up’.”

Solskjaer concluded his interview with the same confident mindset, saying: “I believe in myself and it’s not about me, it’s about moving forwards. It was rock bottom when you lose to your rival in that way.

“When I was here as a player, we lost 5-0 to Newcastle, 6-3 to Southampton, even between that we lost to Fenerbahce 1-0, the first home defeat in the Champions League group stages.

“That was my first season at the club and you learn so much about the club and how strong people – winners – react to adversity. This club has been through so many bad spells and I’m strong enough to know that I won’t give up anyway.”

And are Man Utd going to come out fighting again? “We always do, definitely.”