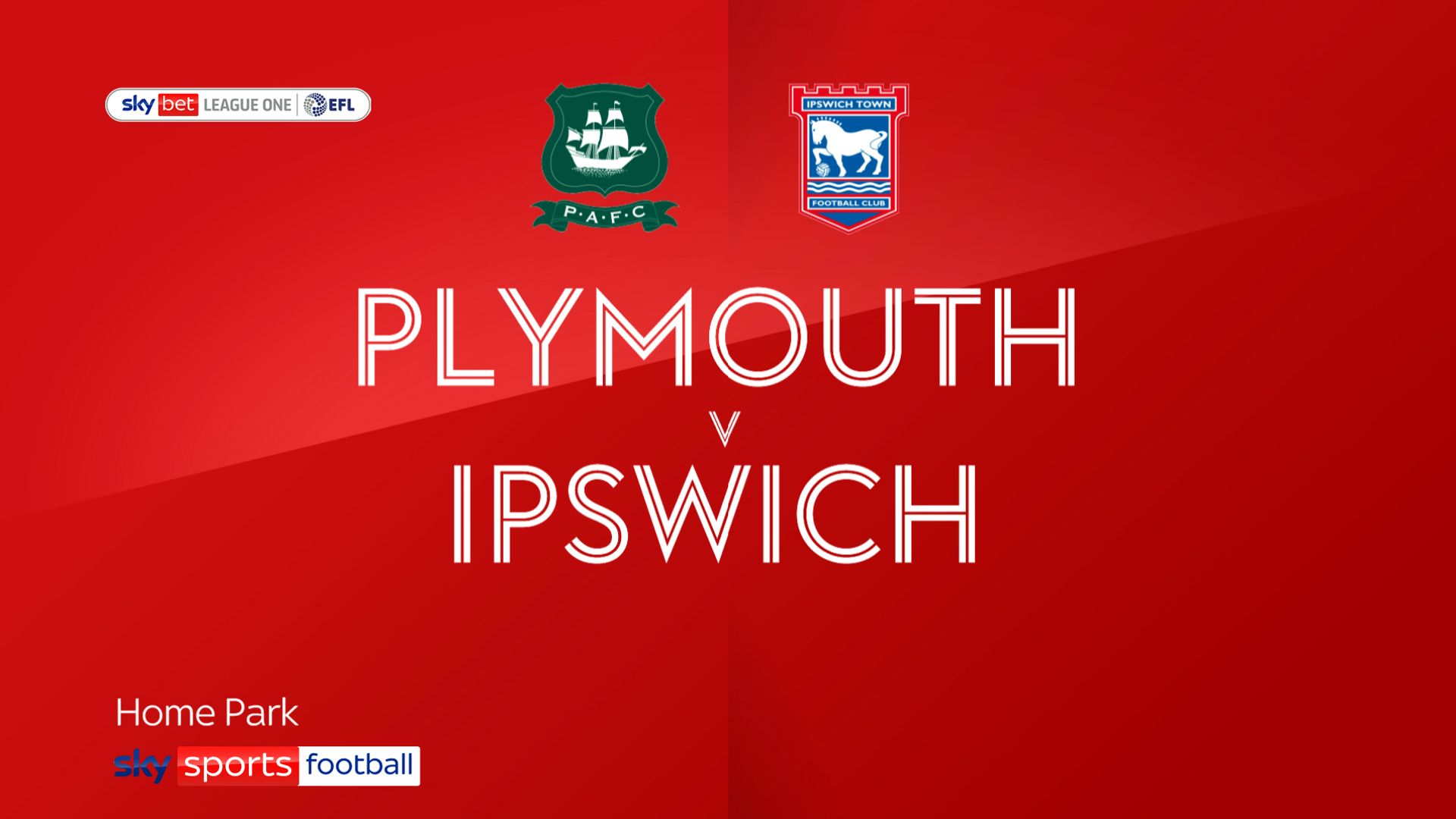 League One leaders Plymouth extended their unbeaten run to 15 matches with a 2-1 comeback victory over Ipswich.

Ipswich central defender George Edmundson headed Town ahead in the 14th minute at the back post after the hosts failed to clear a corner.

Argyle levelled in the 44th minute. Skipper Joe Edwards clipped the ball past Christian Walton and although the keeper got a glove on the ball, it still looped towards goal where striker Luke Jephcott helped it over the line.

Argyle took the lead in the 50th minute when playmaker Conor Grant played a neat one-two with defender Brendan Galloway down the left before sending the ball into the far corner past Walton.

The former Argyle loanee made a brilliant save to deny top scorer Ryan Hardie as the Argyle striker finished off a flowing move with a measured angled strike.

Unmarked Kyle Edwards should have levelled from 12 yards in the 73rd minute but sent his shot wide without testing home keeper Michael Cooper.

When Cooper was beaten by Macauley Bonne in the opening exchanges, skipper Edwards made a brilliant off-the-line clearance.