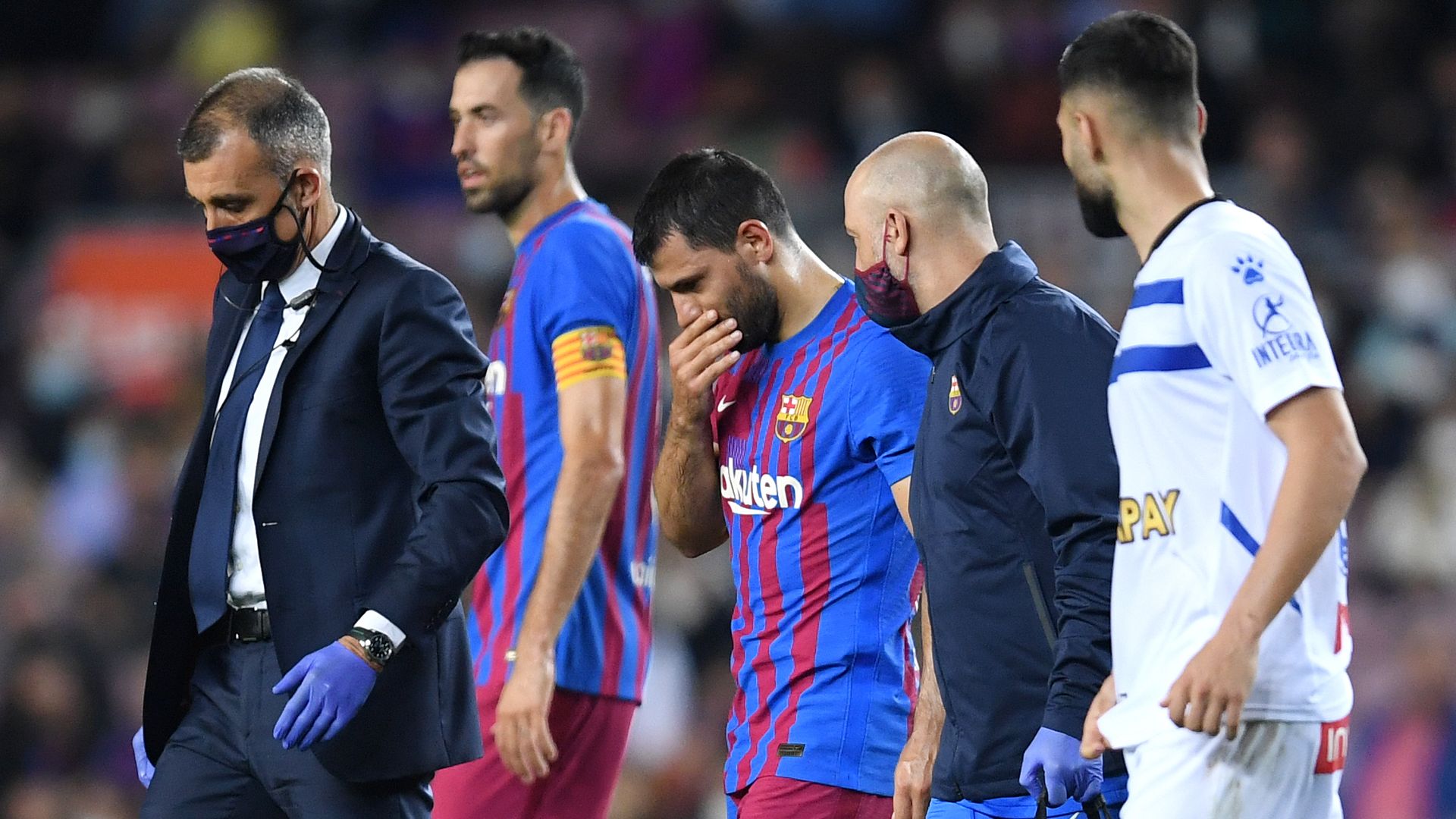 Sergio Aguero was taken to hospital after complaining of chest discomfort during Barcelona’s draw with Alaves.

The 33-year-old striker was withdrawn before half-time after receiving treatment for several minutes during the La Liga match at the Nou Camp.

He was seen holding his chest and will undergo cardiac tests at hospital as a precautionary measure, after leaving the ground in an ambulance. He was replaced by Philippe Coutinho.

Confirming the news, Barcelona wrote on Twitter: ” @aguerosergiokun reported chest discomfort and has been admitted to the hospital for a cardiac exam.”

“Everyone at Manchester City wishes you a speedy recovery, @aguerosergiokun. We’re with you.”

Barcelona, who were led by caretaker boss Sergi Barjuan for the first time following the departure of Ronald Koeman, were held to a 1-1 draw by Alaves.

Former Manchester United forward Memphis Depay opened the scoring before Luis Rioja levelled to earn a point for the visitors.