Konsa’s red card shortly after the break gave Villa an uphill task and further goals from Pablo Fornals and Jarrod Bowen inside the final 10 minutes settled the contest.

The pattern of play that led to the red card was a mess defensively for Smith’s side. Kortney Hause caught Pablo Fornals in the face on the run before Konsa was initially booked for knocking Bowen to the ground right on the edge of the box.

VAR took a look at both incidents and decided that Hause had no case to answer, while Konsa saw his yellow card upgraded to red after referee Chris Kavanagh checked the monitor. Smith disagreed with the decision, saying: “It’s a frustrating day and when things are going against you things happen.

“He’s not clean through on goal but when I spoke to the referee after the game he said (Bowen’s) touch has taken him towards goal. I’ve seen the replay and it’s not going towards goal so it’s a poor decision.

“I’ve been to see Chris, and I asked why he overturned the decision, he said the ball’s going towards goal – I’ve seen it, it’s clearly not, and Ashley Young can get round on cover.” 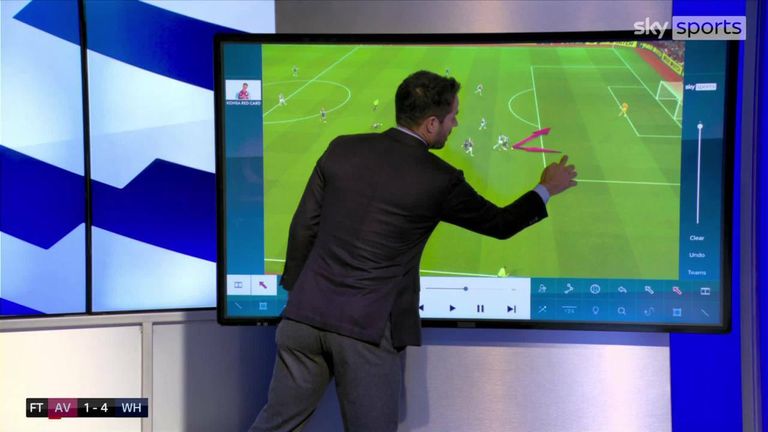 Sky Sports pundit Jamie Redknapp said both Konsa and Hause could have been sent off for their individual incidents and concurred with Smith that the eventual decision reached was harsh on Aston Villa.

“I think it was a really harsh decision to send Konsa off,” Redknapp said. “By the letter of the law he’s denying a goalscoring opportunity, but when the pass is released by Antonio, Bowen is going away from goal.

“I like to see players kept on the pitch and the ball travelled more towards the corner flag than it did the goal. There’s an argument that Ashley Young wouldn’t have got across that quickly, but I don’t think it’s a red card, it’s a really harsh one.

“They both theoretically could have been red cards, absolutely. Hause’s one is a forearm smash, it’s dangerous, it endangered an opponent. But the first one was harsh.” 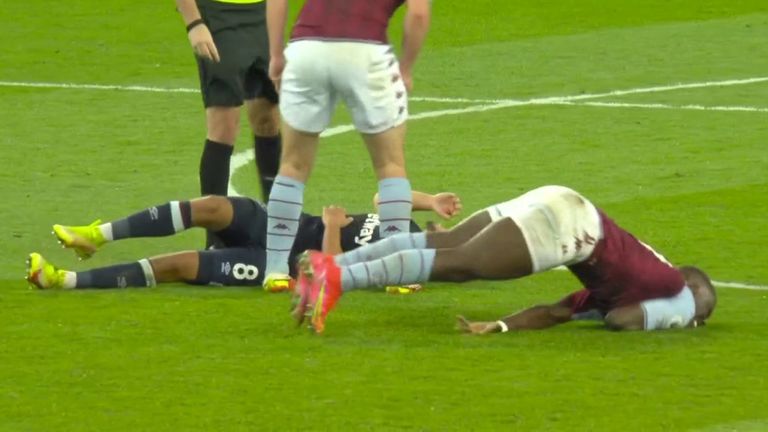 Smith stands by selection, vows to turn fortunes around

Captain Tyrone Mings was the high-profile casualty of Villa’s change of shape to 4-3-3 following three successive defeats, with Konsa keeping his place in the heart of the defence.

“It’s a big call whenever you select a team,” Smith added. “We went to a back four and they are good at set-pieces and Hause is very good at them and Tyrone [Mings] has probably not been playing at the top of his game.

“I had to make footballing decisions and I made them. Some players weren’t available as well. Danny Ings and Douglas Luiz have soft tissue injuries while we also had some Covid-related issues.”

A fourth straight loss leaves Villa just three points above the relegation zone but Smith said: “I saw a lot of character from my team today and I am certainly sure we can turn it around with the squad we’ve got. There are reasons why we’ve had the results we’ve had.” 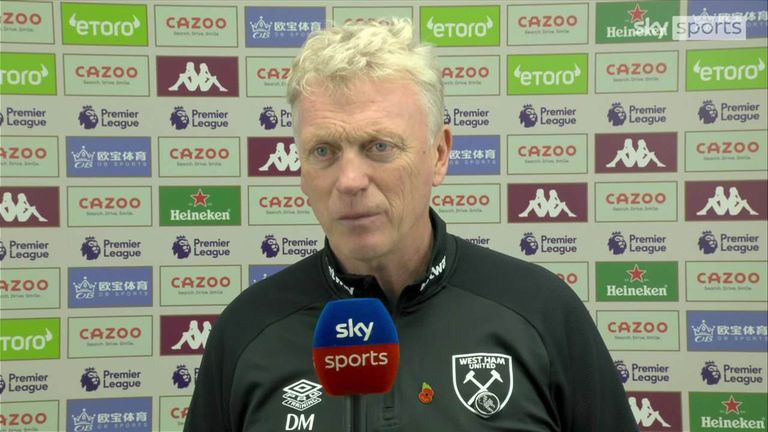 David Moyes reflected on a great week for West Ham but refused to get carried away after victory at Villa Park left the club in the Premier League’s top four.

Hammers boss Moyes saw his team defeat London rivals Tottenham last weekend and reach the quarter-finals of the Carabao Cup with a penalty shootout victory against Manchester City, before Sunday’s 4-1 rout took the Hammers within two points of second-placed Liverpool and level with City.

“It’s been a great week,” Moyes said. “But you know what happens in football, it can quickly turn around and bite you.

“But I think we’ve got to the stage where we’re really confident in a lot of the things we do. The players are understanding their roles and what’s expected of them.

FREE TO WATCH: Highlights from West Ham’s win at Aston Villa in the Premier League

“We can’t let up, though, I’ve told them that if we think we’re doing great and it’s all easy it’ll fail, so we’ve got to keep at it.

“I’m really pleased with the result. The run we are on at the moment, it is really pleasing, coming to Villa and scoring four is never easy. This was a really tough game as they have a really good team.”

Asked about the raised expectations following last season, when West Ham finished sixth in the Premier League, and the strong start to the current campaign, Moyes said: “I think football managers have to try to raise the bar.

“After 10 games is a pretty good time to judge where you are in the season. The players are doing a remarkable job but none of us must think that we’ve done it as there’s still such a long way to go.”