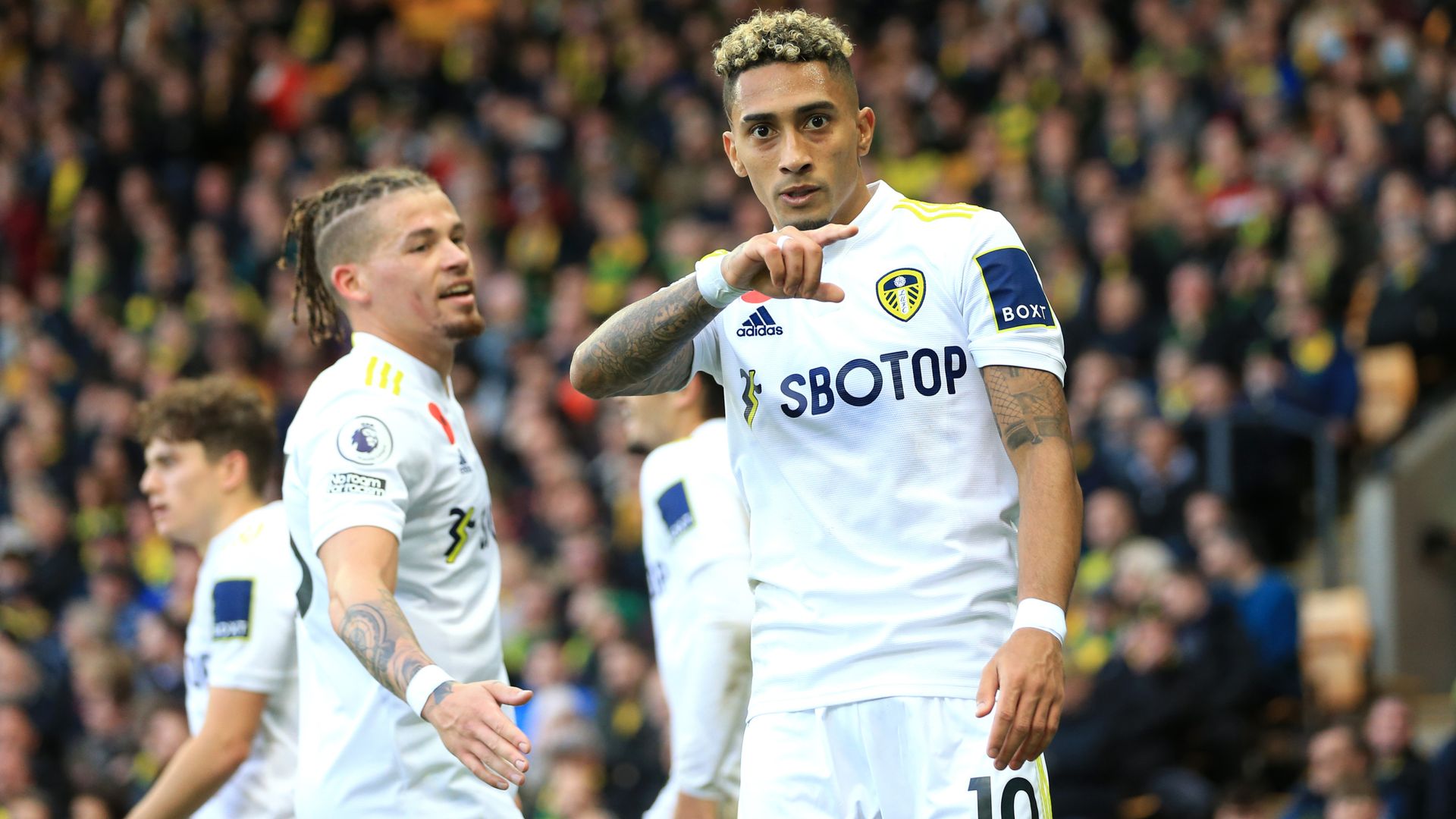 Leeds got back to winning ways to move out of the Premier League relegation zone with a 2-1 victory over bottom side Norwich at Carrow Road.

After a frantic first half, which at times lacked quality, the game burst into life in the second half with three goals in five dramatic minutes.

Raphinha, who looked the most likely for Leeds all afternoon, opened the scoring with a superb individual effort in the 56th minute before Norwich responded straight away through Andrew Omobamidele’s header (58).

However, individual errors proved costly once again for the hosts as Ozan Kabak lost possession before Rodrigo’s shot dipped past the outstretched arms of Tim Krul (60) to hand Leeds a much-needed victory.

The win means Leeds, who started the day in the relegation places, move up to 17th, while the pressure increases on Daniel Farke as his side remain bottom and without a win in their opening 10 top-flight matches this season.

Norwich go to Brentford at 3pm on Saturday in the Premier League, while Leeds host Leicester at 2pm on Sunday November 7.