Nicky Henderson has declared himself “very happy” with 2020 Cheltenham Festival winner Champ ahead of his return in the Betfair Chase at Haydock later this month.

The nine-year-old put in a very encouraging run on seasonal reappearance earlier this year, finishing a close second over an inadequate trip to Sceau Royal at Newbury in the Game Spirit Chase.

But he subsequently jumped poorly and was pulled up in the Cheltenham Gold Cup, when going off at 13/2 to land the blue-riband race of The Festival. 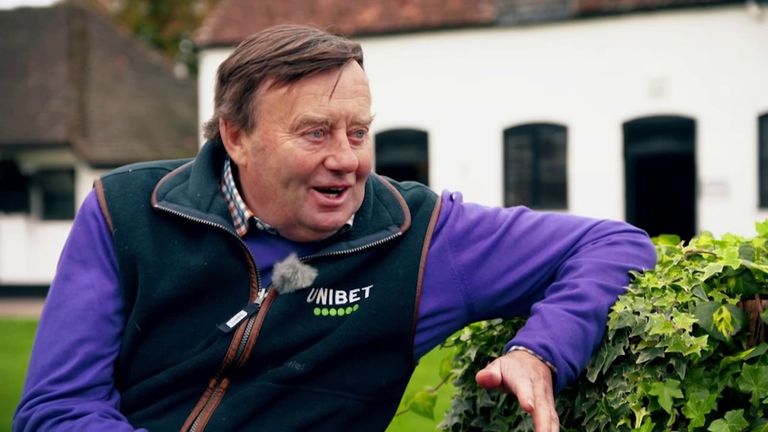 That prompted Henderson to schedule second back surgery, something he feels has finally solved the jumping issues that have plagued Champ throughout his career to date.

“He’d already had back surgery and it has been an issue with him,” Henderson said. “I know Ger Kelly, who did the original surgery, always felt there was another piece he wanted out of there.

“His jumping at Newbury was spectacular but when he got to Cheltenham, he wouldn’t have jumped a hurdle that day and that was his back. We had to pull him up – it was hopeless.

“I think he put so much into jumping at Newbury that he overdid it. We plan to do as little schooling as possible – he’s had the surgery done and we are very happy with how its feeling. He’s moving great.

“The plan is to go to the Betfair Chase which has always been a complete disaster as far as I’m concerned!

“But he has to go left-handed so he is a bit limited and we think that’s where we’ll start. We’re pleased with where we are.” Henderson also gave a positive mention for Jonbon, a horse who he feels is growing into the mould of half-brother Douvan, winner of the 2015 Supreme Novices’ Hurdle and 2016 Arkle for Willie Mullins.

“He’s a gorgeous horse,” he said of Jonbon, who won a Newbury bumper earlier this year. “I can remember seeing Douvan in the flesh and I suspect he’s growing into that mould, as a full-brother.

“He’s grown into a very solid individual, with a massive backside on him and a huge neck. You just don’t know, he could be anything.

“We had him for a bit in the spring after he won his point-to-point. We ran him in one bumper at Newbury and I wouldn’t have run him if I didn’t think he was going to win, which he did very comfortably and he did everything right.

“He jumps beautifully, although he takes a while to settle down. You don’t want to do anything too new with him as he gets a bit unsettled, but if you get him into the routine he’s as good as gold.”