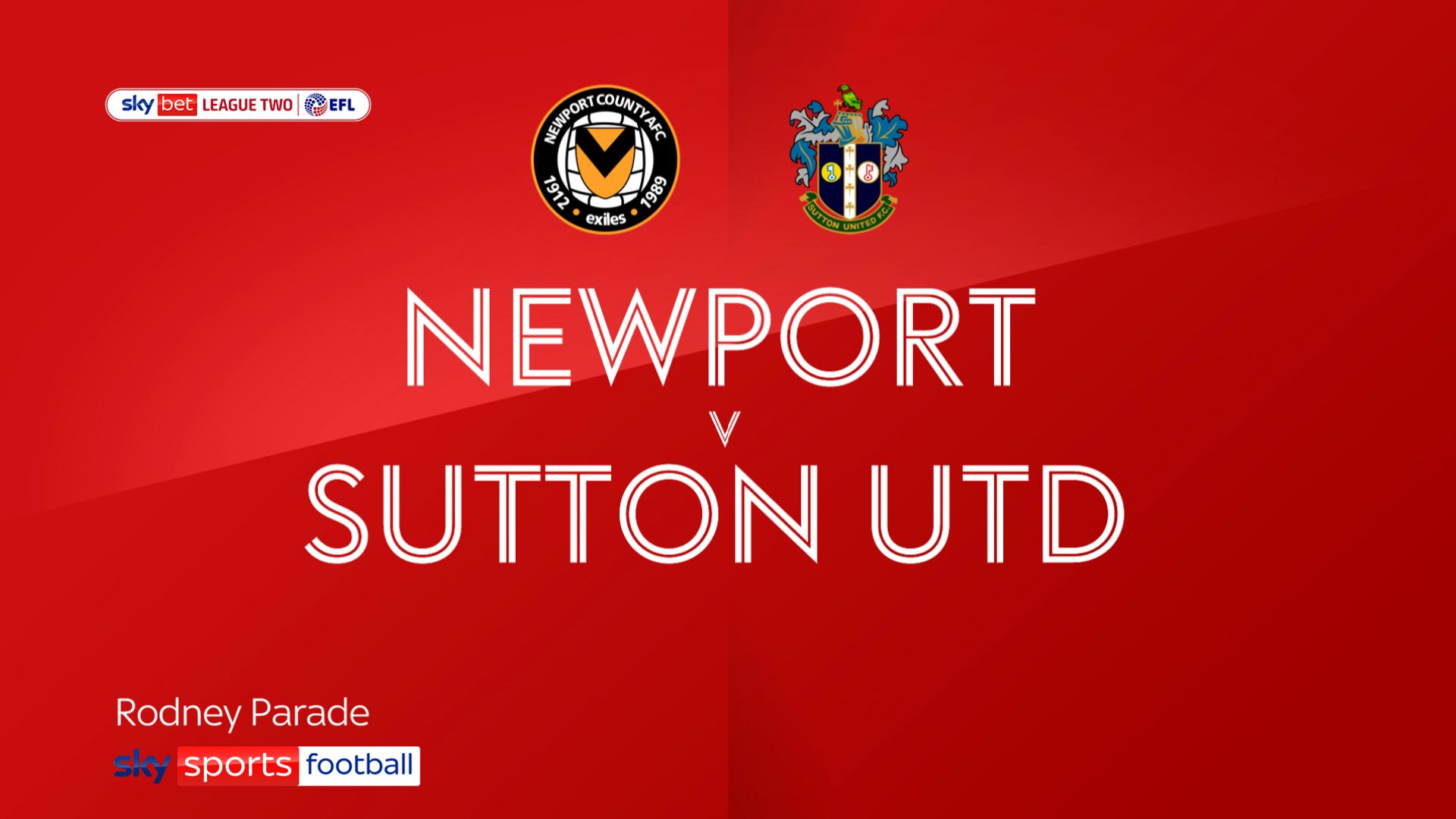 David Ajiboye’s two stunning goals either side of a red card for away captain Craig Eastmond gave Sutton a 2-0 half-time lead against the run of play.

But James Rowberry’s Exiles came roaring back in the second half to make use of their numerical advantage and Lewis Collins and Courtney Baker-Richardson levelled things up.

Collins was then bundled over in the box in four minutes of added time and Dolan won it.

Ajiboye’s slaloming run and finish saw him beat four Exiles defenders to open the scoring in the 24th minute.

It was so good his Sutton team-mates went mad with their celebrations, midfielder Rob Milsom somehow losing his shorts in the melee.

Sutton had Eastmond sent off for a nasty tackle on Robbie Willmott but their winger came up trumps once more three minutes before the break.

Ajiboye again cut in from the right and made a fool of Newport left-back Ryan Haynes for a second time before curling his shot into the far corner, this time with his left foot.

Haynes suffered humiliation as he was subbed at half-time but Newport came roaring back without him as Collins and Baker-Richardson found the net.

Newport dominated the second half and finally grabbed a winner when Collins was fouled in the box in added time and Dolan slotted home.