Erling Haaland says pressure from Borussia Dortmund to make a decision about his future is proving to be a distraction.

Haaland, who scored twice in the 5-1 Bundesliga win over Freiburg on Friday, has a contract with Dortmund until the summer of 2024, with a £64m release clause understood to come into effect this summer.

Manchester City are thought to be frontrunners for Haaland’s signature should he decide to move to the Premier League, and the 21-year-old striker indicated ongoing conversations about his future are beginning to weigh on him.

“The last six months, I have chosen not to say anything out of respect for Dortmund,” Haaland told Viaplay. 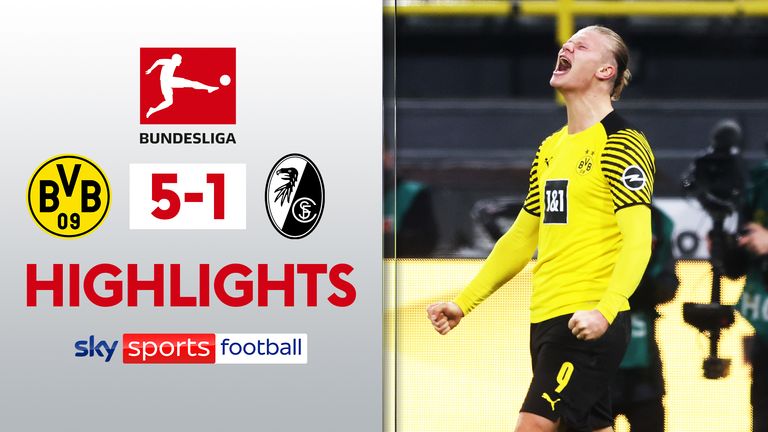 Highlights of the Bundesliga match between Borussia Dortmund and Freiburg

“But now the club has started to pressure me into making a decision, but all I want to do is to play football.

“I have said from the beginning that I want to focus on football, because that is when I am at my best, not when other things come into my mind.

“Now they have put pressure for a while. So it is time to get things started. All I want to do is to play football, but I can’t do that now.”

‘Difficult for Haaland to say no to Guardiola’

I would be very surprised if he stayed at Dortmund past this summer because of this release clause, and because of the kind of clubs who are after him. I think it’s going to be almost impossible for him to say no to some of these clubs who are going to put offers in front of him. 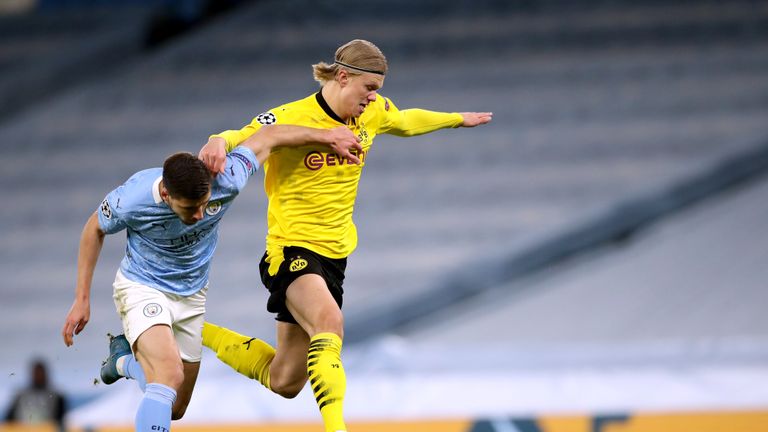 Kaveh Solhekol says that Manchester City are in ‘pole position’ to sign Erling Haaland from Borussia Dortmund, however, the German club are confident in keeping the star striker for another season

As far as Haaland is concerned, it would not be the easy option to go to Manchester City. Even though he would almost be guaranteed success if he was to go there.

He would be able to move to other clubs where he could score a lot more goals and perhaps not have to work so hard, and the environment wouldn’t be as demanding as it is at Manchester City, and then he could get his move to a Manchester City, Manchester United or Liverpool – or another club in the Premier League – three or four years down the line.

I think it’s going to be difficult for him to say no to Pep Guardiola.

Who will be on the move in January?

The January transfer window opens on Saturday January 1, 2022 and closes at 11pm on Monday January 31.

Keep up-to-date with all the latest transfer news and rumours in our dedicated Transfer Centre blog on Sky Sports’ digital platforms. You can also catch up with the ins, outs and analysis on Sky Sports News.