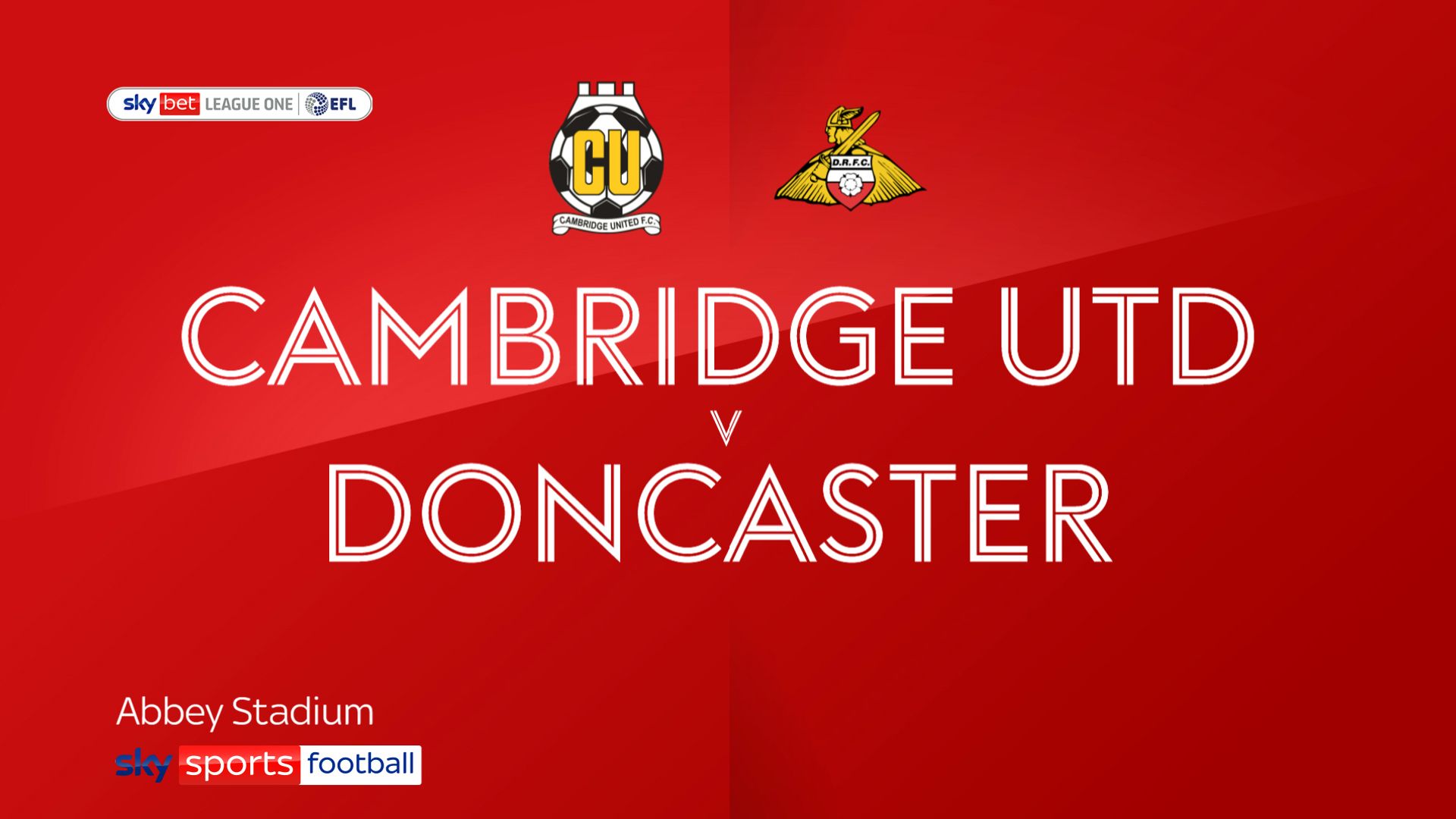 The visitors missed a host of first-half chances, with Joe Dodoo’s header down into the ground bouncing over the crossbar and Kyle Knoyle flashing an effort wide against his old club.

Dodoo hit the outside of a post with a header following a short corner in the 22nd minute and Doncaster then hit the bar from debutant Josh Martin’s free-kick.

It was Cambridge who opened the scoring completely against the run of play in added time when a rapid breakaway ended with Jack Lankester teeing-up Harvey Knibbs, who fired clinically past Louis Jones.

Nine minutes later that advantage was halved by Dodoo, who stroked home from close range following Matt Smith’s dart to the byline, but Sam Smith made the game safe in stoppage time after great work on the left by James Brophy.