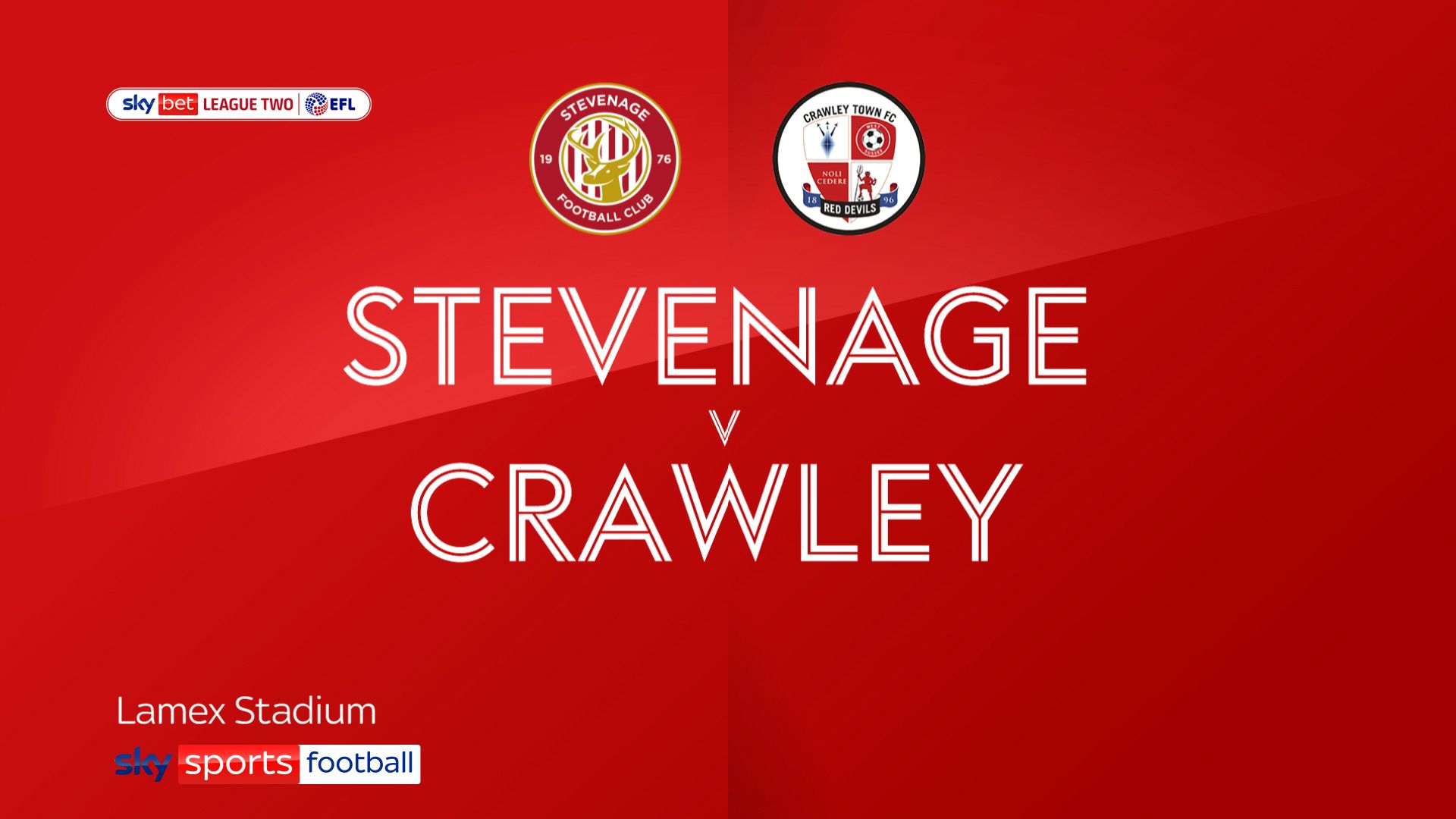 Luke Norris stepped off the bench to score the winner for struggling Stevenage as they recorded an important 2-1 victory against in-form Crawley.

The result – Boro’s second win in three games – opened up an eight-point gap between them and the League Two relegation zone, while this was a first defeat in six games for Crawley.

However, Crawley equalled in first-half stoppage time when Tom Nichols cut inside from the left before bending a superb effort into the top corner from just inside the box.

Boro regrouped in the second half and almost went ahead again when Norris got on the end of Taylor’s low cross, but Crawley goalkeeper Glenn Morris made a good instinctive save.

But the hosts’ winner eventually arrived in the 73rd minute when Morris could only touch another low ball by Taylor into the path of Norris, who tucked in from close range.