Premier League clubs have major concerns that plans to expand the Champions League will lead to “unfeasible” fixture congestion, and the potential for European matches to be staged on the same day as top-flight domestic games.

Up until now, there has been an agreement with UEFA that there should be no clash between Champions League matches and Premier League games, with the weekend protected for domestic fixtures.

But Sky Sports News has been told there are widespread concerns that UEFA’s plans will be unworkable, and may lead to European and domestic games going head to head – especially if proposals are pushed through for 10 Champions League group matches per team from 2024 instead of the six matches currently played.

UEFA has already committed to expanding the Champions League from 32 teams to 36 from 2024. That was voted through without fanfare at their executive committee meeting last month.

Under the current system, there are 125 Champions League games in total per season. If the tournament is expanded to include eight group games per team, that would mean 64 more matches – 189 in total (a 50 per cent increase), while 10 group games would lead to 100 more games, and a total of 225 Champions League matches throughout Europe, over the course of the tournament – a 80 per cent increase.

Some officials have told Sky Sports News that such a sizeable expansion could well lead to a drop in UEFA revenue, because broadcasters across Europe might be put off from bidding for the rights to host the tournament. UEFA rules dictate that broadcasters who win the rights must show all matches, and not cherry-pick the best. 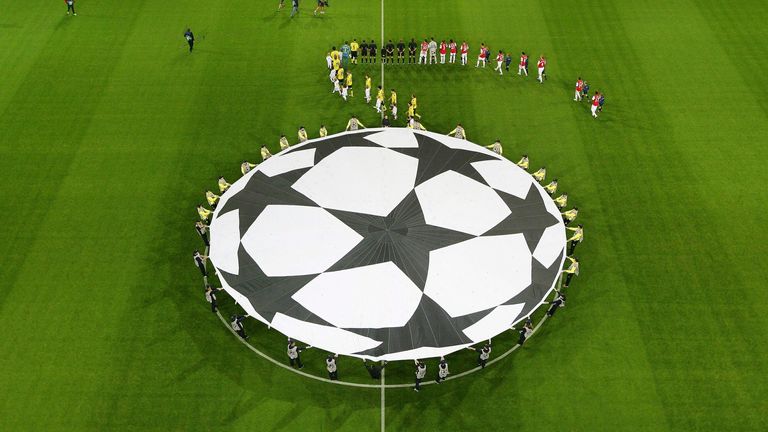 The new “Swiss format” which UEFA has proposed is expected to be ratified next month by its executive committee – though there are murmurings among European officials that UEFA may be forced to compromise.

The plans include 36 clubs all in one “conference”, whereby each team is drawn to play eight or ten different opponents, based on UEFA’s “coefficient” – which means those teams who have done better in European competitions historically will be seeded higher, and play more of their group games against lesser opposition.

Elsewhere in Europe, there are concerns that UEFA is pandering to the elite English clubs by offering them more and more places in the Champions League, at the expense of smaller footballing nations. Currently, the champions of 44 European countries have to pre-qualify for the Champions League before they have the chance of reaching the group stages.