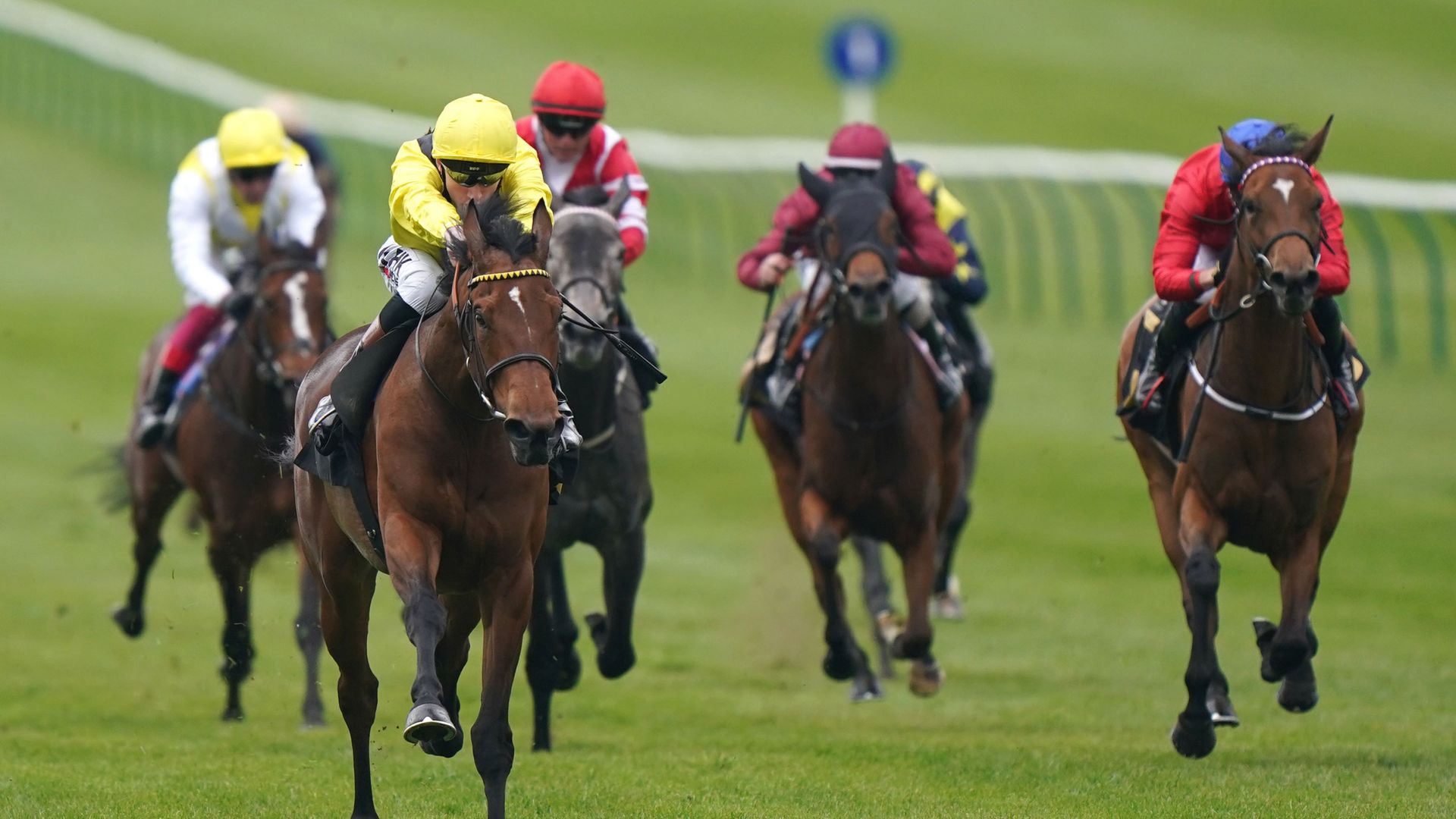 Roger Varian was pleased his filly Ameynah proved she belonged at the top table with a sixth-placed finish in the 1000 Guineas on Sunday.

Heading into the race with just two runs under her belt, the daughter of Exceed And Excel was taking a massive leap in class to run in the Classic on the back of an impressive maiden victory over seven furlongs at the Craven meeting.

However, she took the move up to both a mile and Group One level in her stride to be beaten just over three lengths at the finish – a result which was made all the more respectable by the fact the filly started slightly awkwardly.

“She ran a great race, she looked every bit good enough to be in the race, it just didn’t quite pan out how we hoped,” explained Varian.

“She missed the break which cost her vital track position early on and it was very hard for her to make up that much ground. But she finished the race off strong and she has a bright future.

“The way she galloped out, you wouldn’t rule out going 10 furlongs with her at some point. We’ll digest and get through the next week and then make a plan.”

Although drawing a blank at Newmarket on Sunday, Varian was on the scoresheet at Hamilton, with Mitbaahy running out a convincing winner of the Tangerine Trees Conditions Stakes over five furlongs.

Placed at Listed level as a two-year-old, he built nicely on his Nottingham reappearance to open his account for the season and his handler believes he deserves a return to Listed company for his next outing.

Varian continued: “He’s a solid horse and has strengthened up nicely over the winter. He showed good form as a two-year-old, but looks a bit better now and he could be an exciting sprinter for the summer.

“He deserves to run at a higher-level next time and there’s the Listed Scurry Stakes at Sandown for three-year-olds early in June and that might be the logical place to go.

“Five is his trip at the moment, he travels strong and he can quicken, so five looks to be his bag for now.”