Liam Boyce feared the worst when he was forced off injured a week before the Scottish Cup final but the Hearts striker insists he will be fit to face Rangers.

The forward had to be taken off just 12 minutes into their final Scottish Premiership game of the season as the two sides met in a warm-up for the final at Hampden on Saturday.

Josh Ginnelly replaced Boyce after he felt pain in his groin, with Hearts fans fearing they would be without a key player as they look to win the Scottish Cup for the first time since 2012. 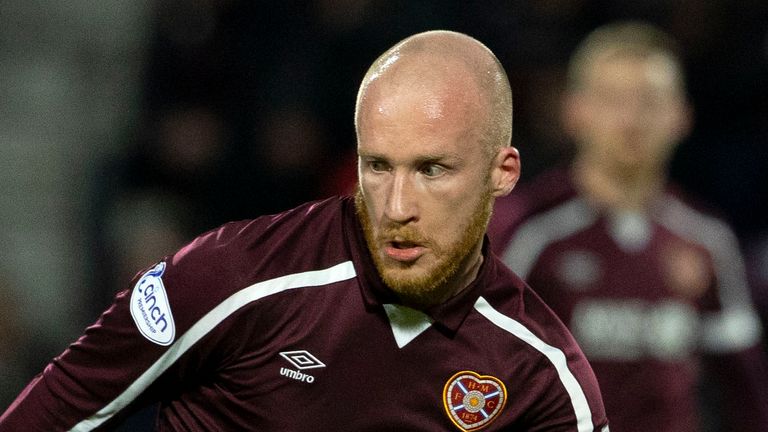 Hearts striker Liam Boyce insists he will be available for the Scottish Cup final against Rangers after being forced off injured in their last league game of the season.

The Northern Ireland international admitted he shared their fears.

“On Saturday I went to sprint and just felt a twinge,” he said.

“You think automatically “oh s***, we have a big game next week” but obviously I think I’ve got lucky this time.

“I was thinking about trying to play on but with such an important game coming I just sat down and got taken off as a precaution.

“It was sore at the time but it is feeling better now so it is looking more optimistic.”

Boyce has returned to training as he looks to convince manager Robbie Neilson he should start at Hampden Park.

“It is a balancing act – I will take it a bit easier at the start of the week but you don’t want to be going into a game without training really,” he added.

“I will build myself up and make sure I am ready and I can last the whole game.

“I will have to be honest with how I am feeling but if you asked me to play with one leg then that’s the way it is going to be, I’d be saying I could play on one leg!

“But of course you don’t want it to be to the detriment of the team because we have all worked hard to get here so we have to give ourselves the best opportunity to win.

“Even if I was fully fit and we thought our best chance of winning was with me on the bench then I would take that happily.”