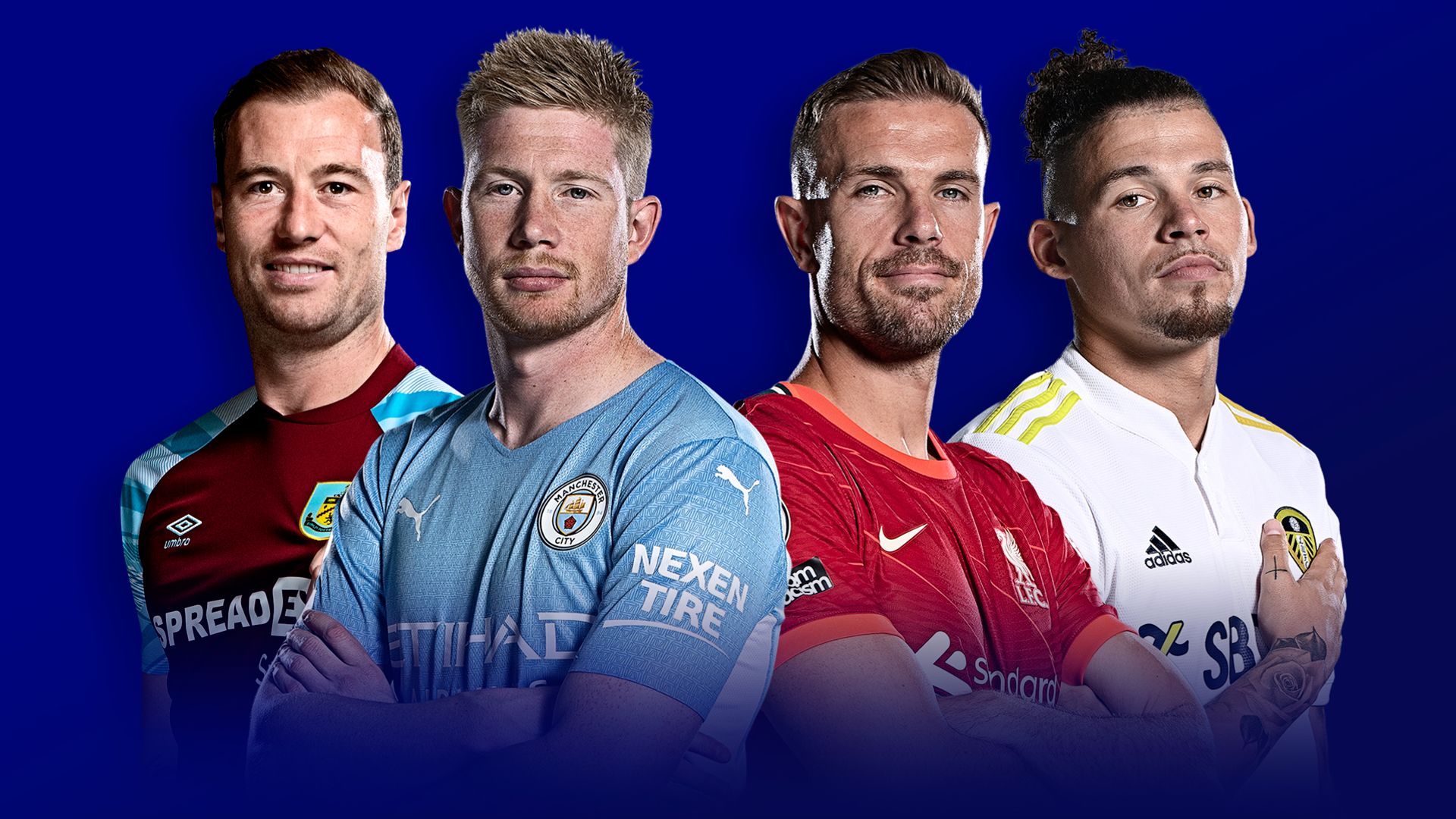 The Final Day deciders at a glance

Champions: Title-chasing Man City and Liverpool will start the final day separated by a single point.

Third place: Chelsea still need a point to mathematically secure third place although it would require an unprecedented swing on goal difference for Tottenham to leapfrog Thomas Tuchel’s side.

Champions League qualification: Tottenham effectively just need a point at Norwich to be sure of finishing fourth. Barring another improbable swing on goal difference, Arsenal can only jump ahead if they beat Everton and Tottenham lose at Norwich.

Europa League: Either Arsenal or Tottenham will be joined in the Europa League by Manchester United or West Ham – Man Utd currently head the Hammers by two points but David Moyes’ side have a much better goal difference.

Golden Boot: Mo Salah is currently top of the scoring charts (22) by a single goal from Heung-Min Son. Cristiano Ronaldo is four back from Salah.

Data guru Ben Mayhew has calculated each club’s range of possible final league positions and found, in addition to the three key battles in the title race, top-four spot and relegation battle, another six clubs are fighting for a top-half finish..

Mayhew has also simulated every possible result from the remaining games and calculated the probabilities of each club’s possible final positions.

The results suggest Manchester City have a 79-per-cent chance of retaining their Premier League crown, leaving Liverpool with a 21-per-chance chance of causing a seismic upset.

The predictions back Tottenham to hold their fourth spot at 91 per cent and Arsenal at a meagre nine per cent, while Leeds are placed a 78-per-cent favourites to face the drop – with Burnley still at serious risk on 22 per cent.

Club-by-club: Where could every club finish?

Victory over Aston Villa will guarantee City finish the season as champions. Because of their superior goal difference over Liverpool, City will only drop to second if they lose or draw against Villa and Liverpool beat Wolves. A draw for Liverpool and a defeat for City will not be enough unless Villa win by at least six goals.

As above, Liverpool must better City’s Final Day result to be crowned champions. Were City to win, Liverpool will finish in second. Both City vs Aston Villa and Liverpool vs Wolves will be live on Sky Sports.

Three points above Tottenham, Chelsea’s goal difference is also so superior that they are effectively certain of finishing in third. At the very least, Chelsea will finish fourth – as per last season – and qualify for the Champions League.

Tottenham could still finish in third, fourth or fifth. In all likelihood, third place is out of reach and a draw at Norwich should be enough to secure fourth place.

Having failed to qualify for Europe last year, Arsenal are certain of finishing in the top five this term and qualifying for the Europa League. They will only qualify for the Champions League if they beat Everton and Tottenham lose at Norwich – the chasm in goal difference means it is unfeasible for Arsenal to finish above Tottenham if Spurs draw at Norwich.

Already condemned to finishing the season with their lowest points tally in Premier League history, United will drop to seventh on the final day – and the Europa League Conference – if they lose or draw at Palace and West Ham win at Brighton.

As above, the Hammers, who will start the day two points shy of Manchester United, have to win at Brighton to have any hope of matching last season’s sixth-place finish. Wolves are five points adrift of West Ham so David Moyes’ side are certain to finish in the top seven.

While Wolves will definitely better last year’s 13th place, they can finish no higher than their current position of eighth and could drop as low as 10th if results – a defeat at Liverpool coupled with wins for Brighton and Leicester – go against them on the Final Day.

There’s a lot to play for on the Final Day for Brighton: they could finish the season down in 12th while a win at home to West Ham could propel them as high as eighth. But Brighton are at the very least certain to finish far above last year’s final spot of 16th and their previous Premier League best of 15th.

In their first season in the Premier League, Brentford could yet finish in the top half – although ninth is only achievable with a Final Day win over Leeds, live on Sky Sports, and defeats for Brighton and Wolves. Conversely, Brentford could also finish as low as 14th with Newcastle currently on the same number of points and both Palace and Villa just a point behind.

With mid-table so congested, Newcastle have a potential position-swing of six places to play for on the Final Day – they could finish as high as ninth with a win at Burnley and results elsewhere go their way whereas a defeat, or even a draw, could result in them falling as low as 14th.

Starting the Final Day on 13th, Palace can’t finish lower than 14th while their superior goal difference over their M23 rivals means it is still possible they finish above Brighton in tenth – although that outcome is also dependent on neither Newcastle nor Brentford winning as well as Palace beating Manchester United and Brighton losing to West Ham.

Villa are one of seven teams who could finish in tenth. But, starting the Final Day in 14th, their goal difference, not to mention their opponents in the shape of title-chasing Manchester City, means the prospect of a charge up the table is remote. They are, however, certain of finishing no lower than 14th as 15th-placed Southampton are five points behind.

Tuesday’s defeat to Liverpool has already confirmed that Southampton, five points behind Villa, will be unable to improve on last year’s finishing position of 15th – which is where they currently reside in this season’s table and where they are guaranteed to stay if Everton lose at Arsenal.

Having secured Premier League survival with their dramatic win over Palace, Everton now have little to play for on the Final Day. To finish above Southampton, they must better the Saints’ result on Sunday – but even then, their final league position will pale alongside last year’s tenth place.

And then there were two. Fighting to stay in 17th and the Premier League, Burnley will start the Final Day only above the relegation zone on goal difference, but their tally is so superior to Leeds’ that the Clarets are effectively certain of staying up if they win at home to Newcastle. Likewise, a draw will be enough so long as Leeds don’t win at Brentford.

One certainty on the Final Day is that Leeds will be relegated if they lose at Brentford. A draw will only be enough to secure 17th if Burnley lose and even victory will not – barring a 20-goal swing on goal difference – be sufficient if Burnley also win.

And another case of deja vu: two years after being relegated from the Premier League after finishing rock bottom, Norwich’s relegation from the Premier League this season has already been confirmed and they will start the Final Day, yup, you guessed it, rock bottom again. They do at least already have one more point than they garnered in 2019/20 and one incentive for the Canaries on Sunday is the chance to finish above Watford – which they will do if they win at home to Tottenham and the Hornets fail to collect three points at Chelsea.